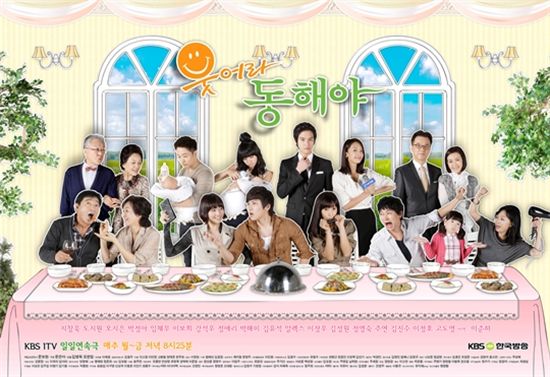 According to AGB Nielsen Media Research on the 19th, KBS "Smile, Dong-hae" rated 39.1% on national average.

On this days episode, Anna (Do Ji-won) tells Pil-jae (Kim Yu-seok) that Dong-hae (Ji Chang-wook) and Bong-I (Oh Ji-eun) have to get married so she can't marry him. Pil-yong (Kim Sung-won) tells Hye-sook that she will sell off her stock as she is having difficulty financing her Hainan business in the hotel. Sae-yeong (Joo Yeon) is touched by the fact that Tae-hoon submitted the modeling applicant and helped her without her knowing. Also, Sae-wa discovers the truth about her pregnancy and cries without anyone knowing.

"[Spoiler] KBS "Smile, Dong-hae" decreases slightly to 39.1%"
by HanCinema is licensed under a Creative Commons Attribution-Share Alike 3.0 Unported License.
Based on a work from this source