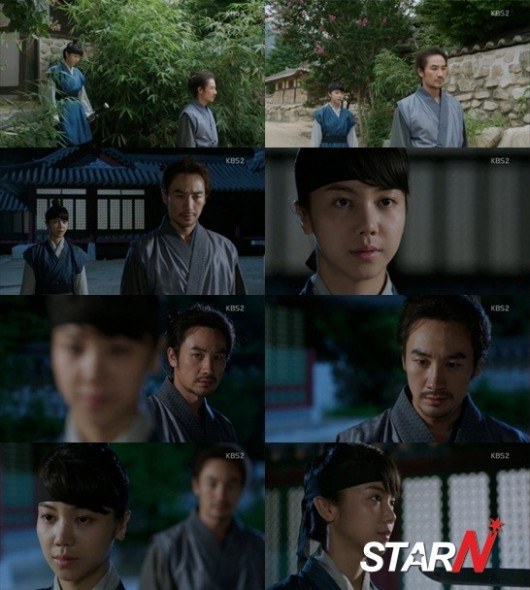 He asked her, "I suspected you at first because your eyes didn't seem like you meant what you said. Your eyes were only speaking of revenge".

However, Moo-yeong said, "I don't understand what you're saying. I will return now". However, he told her it was never late and that he know who she really was.

Yeon-choong continued, "To survive and to live is what matters. For yourself and for others as well" but she didn't listen to him and said she wasn't who was thinking of. "I am someone who lives for revenge".

Yeon-choong pointed a sword at her and said, "I'm dead the moment the person who took me in as a human, dies". However, Moo-yeong said, "I have nothing but revenge left. Please kill me instead if you're going to stop me".

"[Spoiler] Kim Ok-vin tells Uhm Tae-woong to kill her"
by HanCinema is licensed under a Creative Commons Attribution-Share Alike 3.0 Unported License.
Based on a work from this source