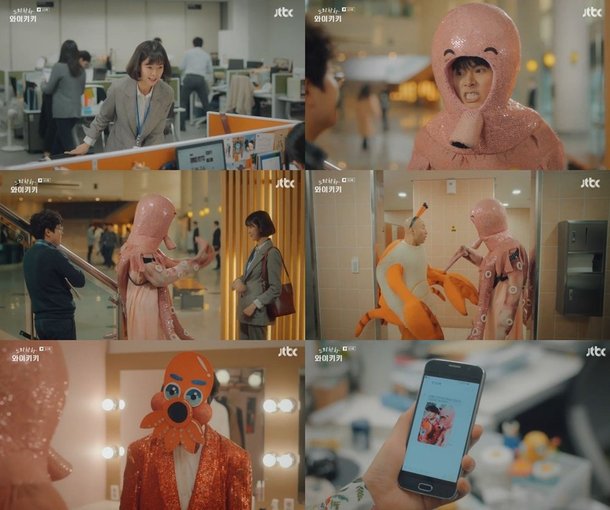 On the latest episode of the JTBC drama "Laughter in Waikiki", Kang Seo-jin (Go Won-hee) was landed a job as a reporter.

However, the moment she got to work, her superior ordered her find out who was behind the 'Blushing Octopus' in "Masked Singer".

Seo-jin tried to go into the waiting room, but the bodyguards stopped her.

She then met Lee Joon-ki (Lee Yi-kyung) in an octopus suit and he was being scolded by his superior.

Joon-ki helped Seo-jin get rid of the bodyguards and showed him that the person behind the 'Blushing Octopus' mask was actor Kang Gyoon-sung.

Meanwhile, "'Laughter in Waikiki" can be seen every Monday and Tuesday at 23:00 KST.

"[Spoiler] "Laughter in Waikiki" Go Won-hee "
by HanCinema is licensed under a Creative Commons Attribution-Share Alike 3.0 Unported License.
Based on a work from this source