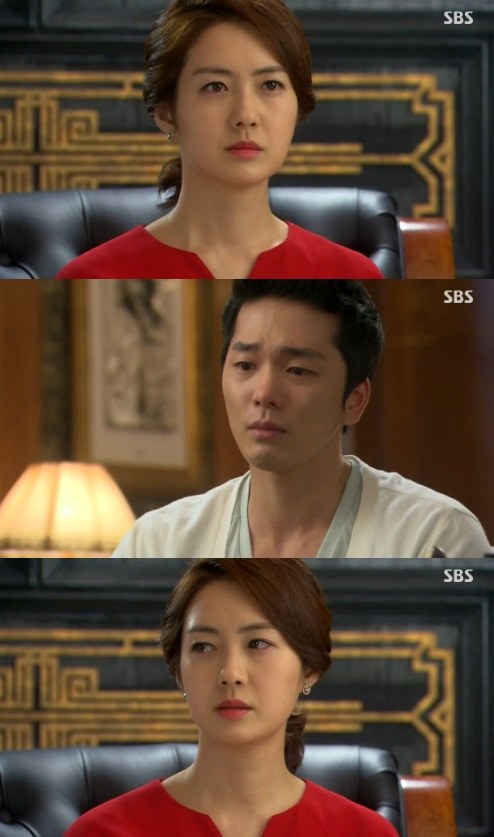 Choi Seong-jae (Lee Hyun-jin) decided to leave Korea on the fifteenth episode of the SBS drama "Empire of Gold".

He met with Choi Seo-yoon (Lee Yo-won) before he left and said, "When Jang Tae-joo called me Bae Seong-jae, I thought, I know you're not the person to marry a kind like him. I'm sorry you're going this for me and mother".

He also said he was going to hand over all shares and holds he had and said, "Clean me up like you did to my room".

Choi Seo-yoon realized he was sincere and started to cry. However, it was too late and Seong-jae left saying, "I'm only taking the memory of when father used to hug me and we went sledding together. Thanks and sorry"..

Choi Seo-yoon ended up not being able to say anything and mumbling, "Bye kid".

"[Spoiler] Lee Hyun-jin leaves Lee Yo-won"
by HanCinema is licensed under a Creative Commons Attribution-Share Alike 3.0 Unported License.
Based on a work from this source