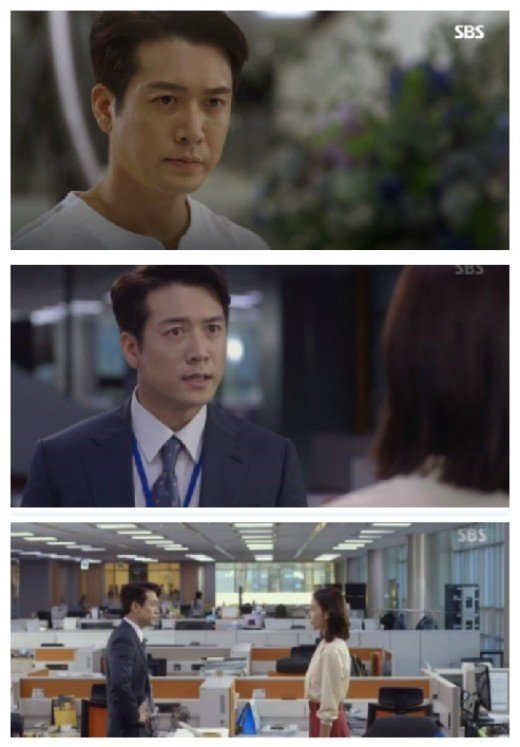 On the latest episode of the SBS drama "Let Me Introduce Her", Kang Chan-gi (Jo Hyun-jae) went mad after hearing from Jung Soo-jin (Han Da-gam) that Da-ra was coming back.

When she told him, he was angry that she told him so late and yelled at her failing to do her job properly. In addition, Ji Eun-han (Nam Sang-mi) found out that it was Jung Soo-jin who had threatened her life and tried to kill her. Han Kang-woo, who decided that her depression had come back, gave her some pictures to aid in the recollection of her memories.

Jo Hyun-jae made every scene worth being curious for and increased tension with his outstanding performance.

"[Spoiler] "Let Me Introduce Her" Jo Hyun-jae Goes Mad"
by HanCinema is licensed under a Creative Commons Attribution-Share Alike 3.0 Unported License.
Based on a work from this source