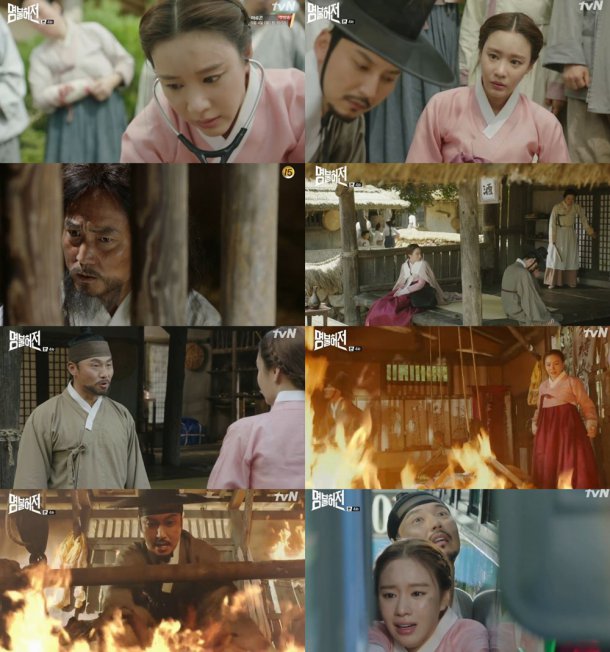 Kim Nam-gil was wanted in the Joseon.

On the latest episode of the tvN drama "Live Up to Your Name", Heo Im (Kim Nam-gil) was a wanted man.

People knocked on the doors of the Hyeminseo and Yeon-kyeong (Kim Ah-joong) went outside. She decided that the patient they brought had pneumothorax and tried to use her mass but the people stopped her.

Heo Im came out and used acupuncture to treat the patient and Yeon Kyeong thought of the time when she scolded him for trying to use acupuncture in the modern world.

Doo-chil (Oh Dae-hwan) tried to take revenge on Yeon-kyeong for not treating her mother and causing her to die. He threatened her life and she used pepper spray on him.

Doo-cheol followed her to the place where she collected her offerings. Yeon-kyeong learned that Heo Im only treated wealthy people and left the poor ones to die.

Doo-chil set fire and the people sent by Heo Joon (Uhm Hyo-sup) tried to save them but a ball of fire dropped from the roof and the two were sent back to the modern times.

"[Spoiler] "Live Up to Your Name" Kim Nam-gil time-slips back to Seoul "
by HanCinema is licensed under a Creative Commons Attribution-Share Alike 3.0 Unported License.
Based on a work from this source