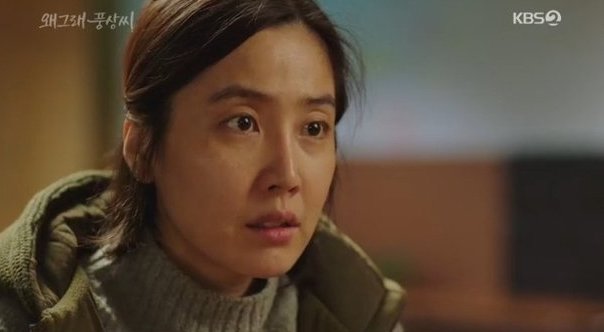 KBS 2TV drama "Liver or Die" showed Yu Jun-sang's family struggling in their own ways to save him.

Noh Yang-sim (Lee Bo-hee) wanted to donate her liver to Poong-sang (Yu Jun-sang), but she was rejected at the door. However, Gan Boon-sil (Shin Dong-mi) let her in and took care of her. She called Lee Jeong-sang (Jeon Hye-bin) and had her test Yang-sim's liver.

Jeong-sang told Kang Yeol-han (Choi Sung-jae) that she wanted to bend over and give her liver to her brother. Yeol-han also didn't have the right liver for him. They looked for the best way to save Poong-sang and even considered chemo therapy.

However, Yang-sim had the right liver. Boon-il paid her debts and got her word, but Poong-sang refused because he still resented her.

Meanwhile, Lee Jin-sang (Oh Ji-ho) went into rehab for Poong-sang. He could only give Poong-sang his liver if he lost weight. Lee We-sang (Lee Chang-yeop) realized Poong-sang's intentions, but he couldn't call his brother again. We-sang joined a gang, but got involved with a dangerous situation and fell into a coma.

The most problematic was Lee Hwa-sang (Lee Si-young). She never forgave Poong-sang. She yelled at him and showed her resentment for him. The tangles between the siblings only seemed to tighten

Meanwhile, Poong-sang finally agreed to take Yang-sim's liver, but she ran just before surgery and betrayed him.

"[Spoiler] "Liver Or Die" Family Struggles for Yu Jun-sang"
by HanCinema is licensed under a Creative Commons Attribution-Share Alike 3.0 Unported License.
Based on a work from this source