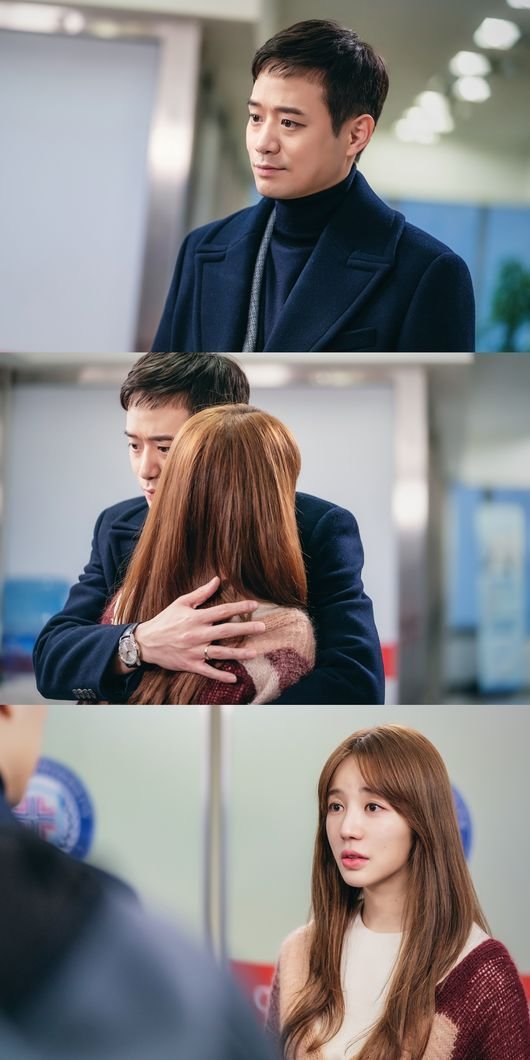 They had to leave each other to protect one another.

However, their romance shows possibility of happening again as he appeared in front of her once more.

Cha Woo-hyeon had to suffer because of his father Cha Tae-soo (Kim Byung-ki) who wants him to be his heir and the brutalities of Kang Hye-joo (Kang Seo-yeon) from Kanghan Group who bullied him and those around him to force him to marry her.

Cha Woo-hyeon couldn't bear to see his loved ones get hurt because of him and chose to stay away from Yoon Yoo-jeong.

While the yearning for one another grew, they finally met again.

Cha Woo-hyeon explained to Yoon Yoo-jeong why he couldn't be with her and she understood.

"[Spoiler] "Love Alert" Chun Jung-myung and Yoon Eun-hye Reunite "
by HanCinema is licensed under a Creative Commons Attribution-Share Alike 3.0 Unported License.
Based on a work from this source