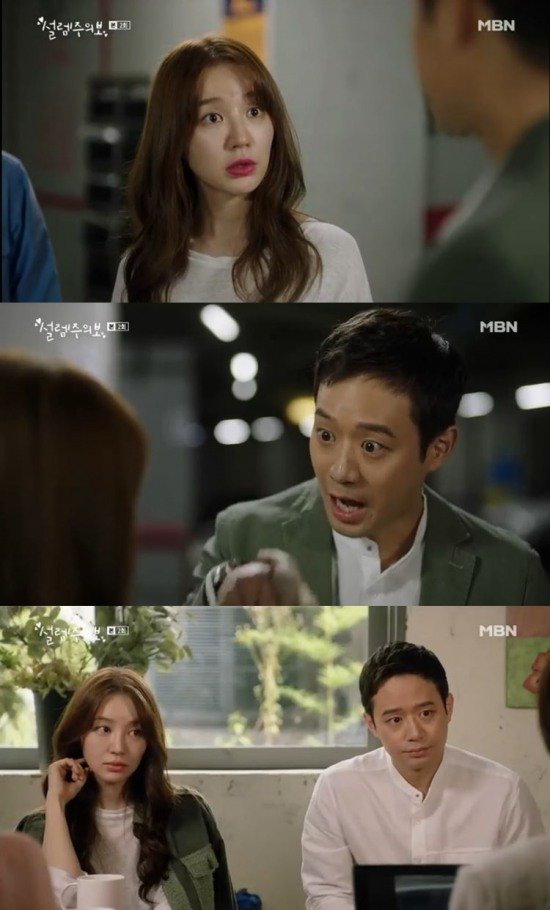 On the latest episode of the MBN drama "Love Alert", Han Jae-kyeong (Han Go-eun) made a dumbfounding suggestion.

Yoon Yoo-jeong (Yoon Eun-hye) and Cha Woo-hyeon (Chun Jung-myung) had spent a night out together. Joo Min-ah (Lee Hye-ran) and Jae-kyeong suggested they became lovers. Yoo-jung was appalled and Cha Woo-hyeon was outraged.

Woo-hyun spat out, "Is this how you protect celebrities in your company?" Jae-kyeong wanted to give up, but Min-ah talked her into it.

Meanwhile, Woo-hyun returned to his hospital and told his employees that he would stand up again.

"[Spoiler] "Love Alert" Han Go-eun Tells Yoon Eun-hye and Chun Jung-myung to Be Lovers "
by HanCinema is licensed under a Creative Commons Attribution-Share Alike 3.0 Unported License.
Based on a work from this source