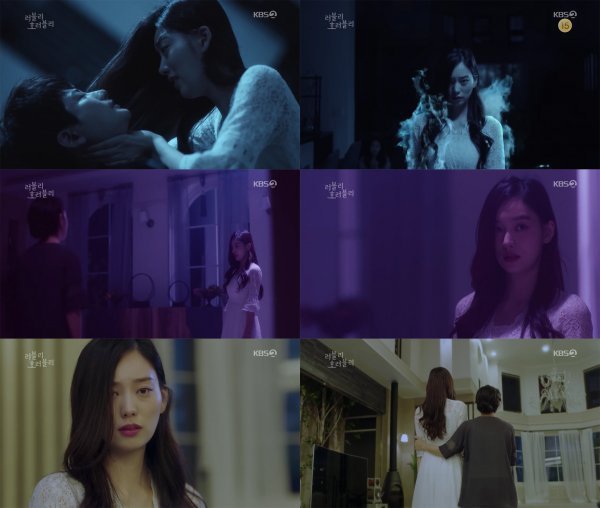 Ra-yeon's eyes filled with tears as soon as she saw Phillip, but she became very angry and started to strangle him. Ra-yeon cried and said, "I wanted love and I didn't beg for it. We are over". Phillip apologized, but she didn't listen.

Ok-hee (Jang Young-nam) tried to stop her, but she didn't want to leave alone. Finally, when Ok-hee said she had been waiting to leave with her, they both left.

Hwang Sun-hee nailed the role of Ra-yeon, a sweet loving woman who later became a vengeful spirit. Her mysterious and graceful image helped her to blend in with her character although it was a short appearance.

Hwang Sun-hee says she was happy to have been able to try out a new challenge.

"[Spoiler] "Lovely Horribly" Hwang Sun-hee Nails Ghostly Role"
by HanCinema is licensed under a Creative Commons Attribution-Share Alike 3.0 Unported License.
Based on a work from this source