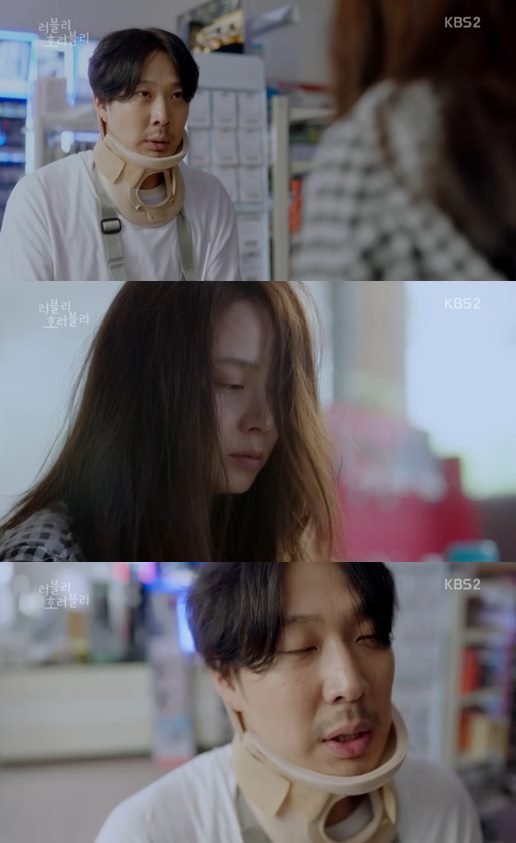 Eul-soon was born with good fate. However, Yoo Phillip was born with bad fate and was sick all the time. His mother, Kim Ok-hee (Jang Young-nam), took Eul-soon's good fate to give to Phillip.

Since then, Eul-soon had always been unlucky. She had a boyfriend (Haha), but he brutally broke up with her.

The boyfriend said, "You are a good person, but meet someone better than me. I was hit my a signboard three times on the street. You're just very unlucky. I rolled down the stairs and failed my exams and I think it's because of you".

He added, "I'm scared of you. I think I might die if I stay with you". Eul-soon said, "Go, before I change my mind. Let's never see each other again".

The boyfriend also said, "Stop writing drama screenplays. You're wasting your life. You've been doing that for 8 years it's not working. And please cut your hair". He was referring to the way she eerily covered her face with her hair.

Haha appeared as Eul-soon's poor boyfriend and made an impression with his comical performance. Haha has been in the TV show "Running Man" with Song Ji-hyo for a long time so it was interesting to see them appear in a drama together.

"[Spoiler] "Lovely Horribly" Running Man Castmate Haha Cameos as Song Ji-hyo's Ex-boyfriend "
by HanCinema is licensed under a Creative Commons Attribution-Share Alike 3.0 Unported License.
Based on a work from this source