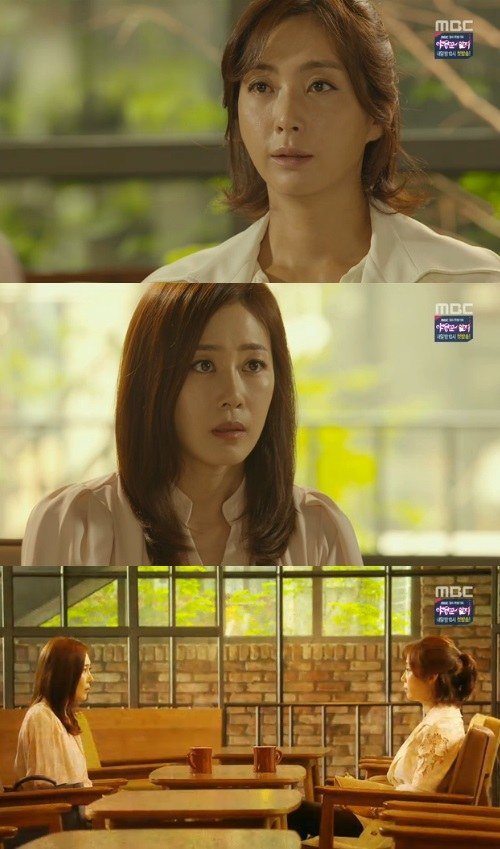 Song Yoon-ah asked Moon Jung-hee to be her son's mother.

On the second episode of the MBC drama "Mama - Nothing to Fear", Han Seung-hee (Song Yoon-ah) came to Korea to hand over her son to her ex-lover Moon Tae-joo (Jung Joon-ho) and his wife Seo Ji-eun (Moon Jung-hee). Han Seung-hee, who had gone to Canada for a better future, had been sentenced a time limit to her life.

However, Han Seung-hee was shocked to find out that Seo Ji-eun had attempted to model nude for her debts. There was a different side to Seo Ji-eun who was known to be the best mother in the best school district.

Han Seung-hee who wanted to stop seeing Seo Ji-eun, decided she couldn't leave her son Han Geu-roo (Yoon Chan-young) with her. Han Seung-hee paid off all of Seo Ji-eun's debt and revived her but ignored her entirely.

Han Geu-roo received a message from Seo Ji-eun's daughter Moon Bo-na (Jo Min-ah) and started opening up his heart to Seo Ji-eun who he'd been ignoring as well. Han Seung-hee stood by and watched the series of events that happened unexpectedly.

In the end, Han Seung-hee called Seo Ji-eun and said, "I can do whatever you ask me to but you have to become my son's mother".

"[Spoiler] "Mama - Nothing to Fear" Song Yoon-ah asks Moon Jung-hee to be her son's mother"
by HanCinema is licensed under a Creative Commons Attribution-Share Alike 3.0 Unported License.
Based on a work from this source