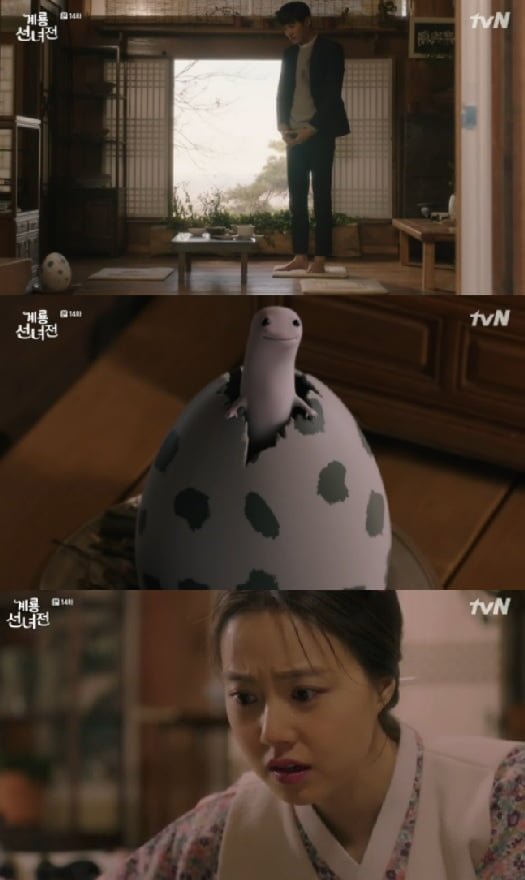 On the latest episode of the tvN drama "Mama Fairy and the Woodcutter", Seon Ok-nam (Moon Chae-won) discovered the identity of her husband.

Just then, the egg cracked and Jeom-dol came out saying, "Father, I am Jeom-dol. Did you call me? I've been waiting for you to call me".

Kim Geum was surprised at what happened, but he got a call that something might have happened to Jeong Yi-hyeon and left the hosue.

Seon Ok-nam and Jeom-soon saw the hatched egg and Jeom-dol. He said, "Mother, forgive me for coming back only now".

He added, "I was able to hatch from the egg just now. My father, who was born as a human was just here". Seon Ok-nam realized Kim Geum was her husband.

"[Spoiler] "Mama Fairy and the Woodcutter" Moon Chae-won Discovers Who Her Husband Is"
by HanCinema is licensed under a Creative Commons Attribution-Share Alike 3.0 Unported License.
Based on a work from this source