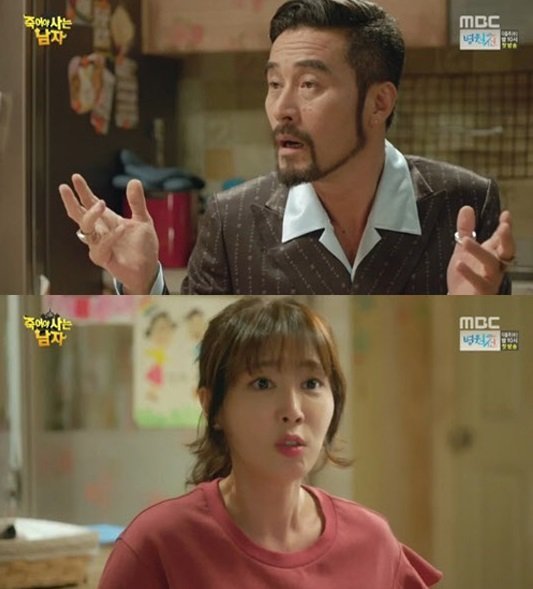 On the final episode of the MBC drama "Man Who Dies to Live", Count Said Faid Ali (Choi Min-soo) declared that he would return his wealth to society and Lee Ji-yeong A (Kang Ye-won) found out.

She asked if he was crazy and the count asked Kang Ho-rim (Shin Sung-rok) what he'd done wrong.

Meanwhile, the count received an apology from Manager Han (Kim Byung-ok). He apologized for not having saved those laborers who were kidnapped from work and acknowledged that he owed them. He told the count to forget his hometown.

"[Spoiler] "Man Who Dies to Live" Kim Byung-ok apologizes to Choi Min-soo "
by HanCinema is licensed under a Creative Commons Attribution-Share Alike 3.0 Unported License.
Based on a work from this source