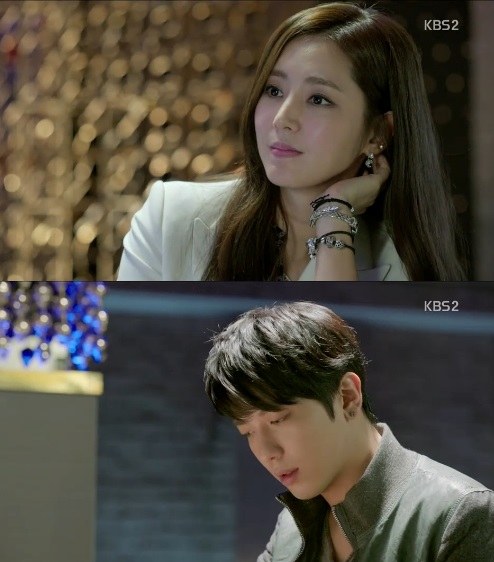 On the fourth episode of the KBS 2TV drama "Marry Him If You Dare", Seo Yoo-kyeong (Han Chae-ah) went to her favorite bar and approached Park Se-joo (Jung Yong-hwa).

She smiled and said, "It's expensive here. You're parents must be rich". She knew that he was helping Na Mi-rae (Yoon Eun-hye) with a plan and asked him, "I am on the same team. Can't you write me an opening comment?"

She paid for his drink and when she found out he had drank three glasses, she called him crazy for doing so and showed her true colors.

Se-joo realized her true personality and that it was her method of surviving and started to feel attracted to her. When she laid a spoon and chopsticks in front of him, he said, "Don't do this from now on. We are not what you think we are. You shine when you're on air alone".

"[Spoiler] "Marry Him If You Dare" Jeong Yong-gwa attracted to Han Chae-ah"
by HanCinema is licensed under a Creative Commons Attribution-Share Alike 3.0 Unported License.
Based on a work from this source