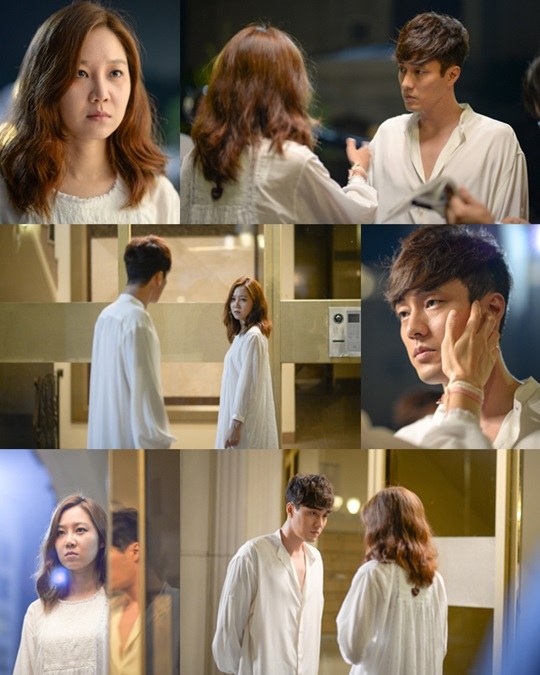 So Ji-sub and Gong Hyo-jin from "Master's Sun" created a romantic moment.

Still cuts of the two face to face from the upcoming third episode of the SBS drama were revealed on the 14th.

The two of them are standing so close that Joo Joong-won (So Ji-sub) and Tae Gong-sil (Gong Hyo-jin) can hear each other breathe. She is touching his face, cold and stiffened.

In the first two episodes of the drama, Joo Joong-won was strict towards Tae Gong-sil who was amazed she couldn't see ghosts around him and kept trying to touch him.

The love line between the So-Gong couple was filmed in an apartment last month. Many residents of the apartment gathered around to watch them.

The two of them had to bring out complicated emotions and seemingly possessed expressions unlike the usual. They were able to comprehend the tasks despite the many eyes watching them and heated up the whole set.

"[Spoiler] "Master's Sun" So Ji-sub and Gong Hyo-jin in an affectionate moment"
by HanCinema is licensed under a Creative Commons Attribution-Share Alike 3.0 Unported License.
Based on a work from this source