[Spoiler] "Midas" ends with neck to neck rating with "The Duo" 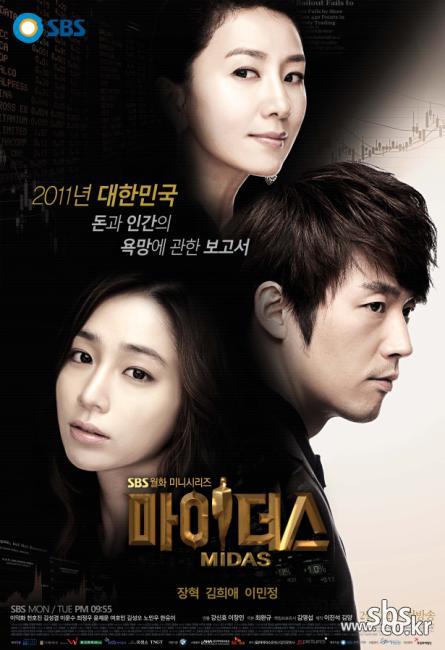 In the last episode of "Midas", President Yoo Pil-sang (Kim Sung-kyum) of Injin Group reveals the secret fund to save his daughter Yoo Mi-ran (Jo Hye-jin) and girlfriend. Lawyer Choi Gook-hwan (Chun Ho-jin) expiates in front of his daughter.

Yoo In-hye (Kim Hee-ae) also breaks away from her excessive desire as the secret fund is returned to society and her brother Yoo Myeong-joon (No Min-woo) who was suffering from cancer dies.

Meanwhile, after "Midas" new SBS drama "Lie to Me" with Yoon Eun-hye and Kang Ji-hwan will be broadcasted.

"[Spoiler] "Midas" ends with neck to neck rating with "The Duo""
by HanCinema is licensed under a Creative Commons Attribution-Share Alike 3.0 Unported License.
Based on a work from this source