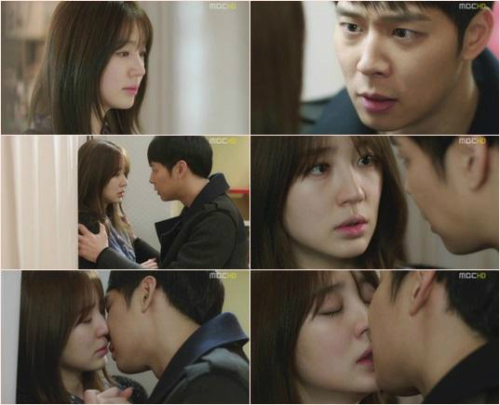 Joy (Yoon Eun-hye) who admitted that she was Soo-yeon and Jeong-woo (Park Yoo-chun) kissed for the second time in 14 years.

However, Soo-yeon told him that she was going to marry Harry (Yoo Seung-ho) who had been by her side for 14 years and kept her distance.

"[Spoiler] "Missing You" falls "
by HanCinema is licensed under a Creative Commons Attribution-Share Alike 3.0 Unported License.
Based on a work from this source