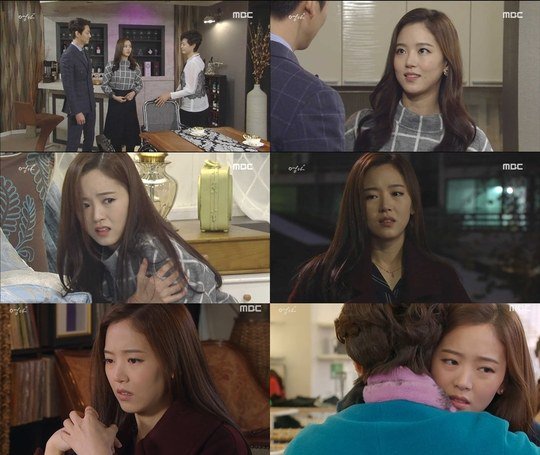 On the twenty-ninth and thirtieth episode of the drama "Mom", Yoo-ra finally left the house after being abused by her husband Si-kyeong (Kim Jae-seung). Na-mi (Jin Hee-kyung) started doing a background check on Si-kyeong in attempt to stop him from hitting Yoo-ra. Si-kyeong found out what was going on and started abusing Yoo-ra. The way Yoo-ra portrayed being hurt aroused the viewers. Her performance of not being able to tell her beloved Na-mi and Kang-jae (Lee Tae-sung) of the sadness she's in added to her excellent performance.

Her detailed emotions and changes was especially heart breaking.

Netizens say, "Pity Yoo-ra", "I hope her aunt avenges her", "Her expression was so real", "I wish she was happy" and more.

"[Spoiler] "Mom" Kang Han-na's moving performance"
by HanCinema is licensed under a Creative Commons Attribution-Share Alike 3.0 Unported License.
Based on a work from this source