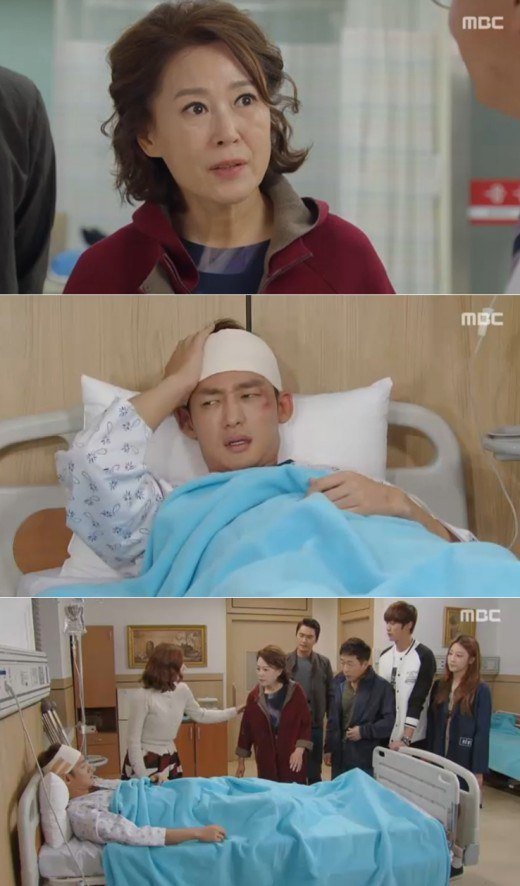 Si-kyeong had done this because her niece Kang Yoo-ra (Kang Han-na) couldn't forget about Kang-jae when she was already engaged to someone else.

Kang-jae was taken to the hospital bleeding. Yoon Jeong-ae (Cha Hwa-yeon) was relieved when doctors told her that he was going to live.

"[Spoiler] "Mom" Lee Tae-sung goes to the hospital"
by HanCinema is licensed under a Creative Commons Attribution-Share Alike 3.0 Unported License.
Based on a work from this source