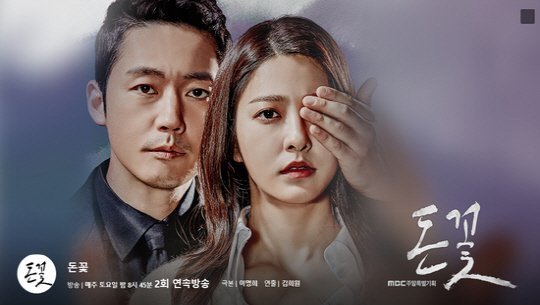 Jang Hyuk is being suspected by Lee Mi-sook and the latest episode of "Money Bouquet" broke its own record on the 25th.

MBC weekend drama "Money Bouquet" is based on a group of people who are controlled by money and true love. A man named Kang Pil-joo (Jang Hyuk) starts out at the bottom and climbs up to take charge of a major firm.

On the latest episodes of "Money Bouquet", Jang Bu-cheon (Jang Seung-jo), the eldest grandson of Chungah Group, faced a problem with the appearance of his secret lover, Yoon Seo-won (Han So-hee).

Jang Bu-cheon fell in love with Na Mo-hyeon (Park Se-young), the daughter of a likely presidential candidate, and decided to marry her. Kang Pil-joo had planned all this out.

With the wedding coming up, Yoon Seo-won returned from China and pressured Jang Bu-cheon with news of pregnancy.

Meanwhile, Kang Pil-joo was meticulous about his plans for revenge. To get kicked out by Jang Gook-hwan (Lee Soon-jae), the founder of Chungah Group, Kang Pil-joo leaked the news that he'd bought stock.

However, there was an unexpected obstacle; Jeong Mal-ran had covered up Kang Pil-joo's secret: he was the stepbrother of Jang Bu-cheon.

"Money Bouquet" is written by Lee Myeong-hee and directed by Kim Hee-won-II.

"[Spoiler] "Money Bouquet" Jang Hyuk plans for his revenge "
by HanCinema is licensed under a Creative Commons Attribution-Share Alike 3.0 Unported License.
Based on a work from this source