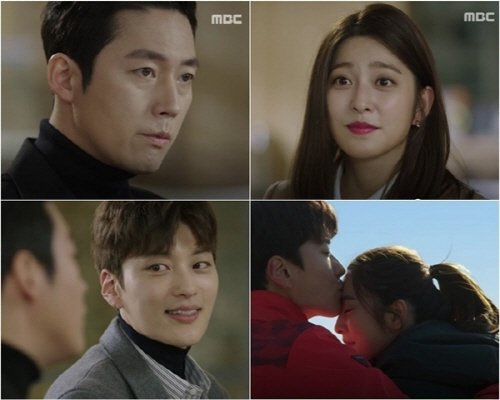 "Money Bouquet" is a drama about people who are manipulated by money that centers around Kang Pil-joo (Jang Hyuk), the key man of a major enterprise called Chungae Group.

On the last few episodes of "Money Bouquet", Kang Pil-joo managed to get his revenge as the hidden heir of Chungah Group who was raised in unfortunate circumstances. He was determined to make Jeong Mal-ran (Lee Mi-sook), the eldest daughter-in-law of Chungah Group, pay

At the start, revenge was easy. He hooked up Chungah Group's grandson, Jang Boo-cheon (Jang Seung-jo), and his first love who was daughter of a presidential candidate, Na Mo-hyeon (Park Se-young).

Kang Pil-joo's scenario was carefully thought out. For the perfect love story, Pil-joo reversed his and Boo-cheon's stories. Just like he planned, Mo-hyeon fell in love with Jang Boo-cheon.

Kang Pil-joo was acknowledged within the company and gained the trust of Jeong Mal-ran and the founder Jang Gook-hwan (Lee Soon-jae). The same held true for Mo-hyeon's father and presidential candidate Na Ki-cheol.

"[Spoiler] "Money Bouquet" Park Se-young falls in love with Jang Seung-jo "
by HanCinema is licensed under a Creative Commons Attribution-Share Alike 3.0 Unported License.
Based on a work from this source