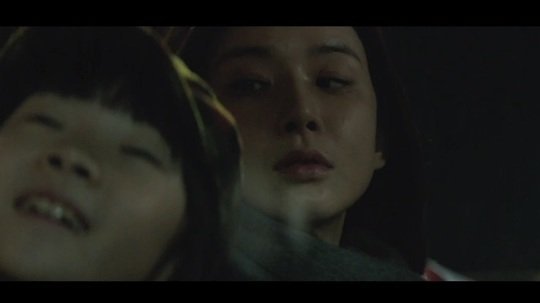 The police started investigating Ja-young (Ko Sung-hee) for the abuse of Hye-na and Sul-ak left. He went to meet his ex-girlfriends threateningly; he had in fact been meeting women with children.

He met a woman whose daughter, Won-hee, was dead. She was getting married soon and he asked her for 5 million won. He also blamed her for her daughter's death by saying, "You wanted Won-hee to disappear. If she were alive, would you be able to get married?"

He then headed to another woman's house where she was raising two children. One of three had already died and the sister of the two was scared that she might lose her sibling to Sul-ak once again. They started coloring in the book he was holding, which was Hye-na's book of 'Things I Like'.

The coloring caused some hidden letters to appear on the pages of the book. The letters said, "Class Ongdalsem Lee Won-hee" and "The day teacher Kang Soo-jin first smiled". Seeing this, Sul-ak remembered Hye-na and the girl that was on the bus with him were the same children.

"[Spoiler] "Mother - Drama", Son Suk-goo guesses Lee Bo-young and Heo Yool have run "
by HanCinema is licensed under a Creative Commons Attribution-Share Alike 3.0 Unported License.
Based on a work from this source