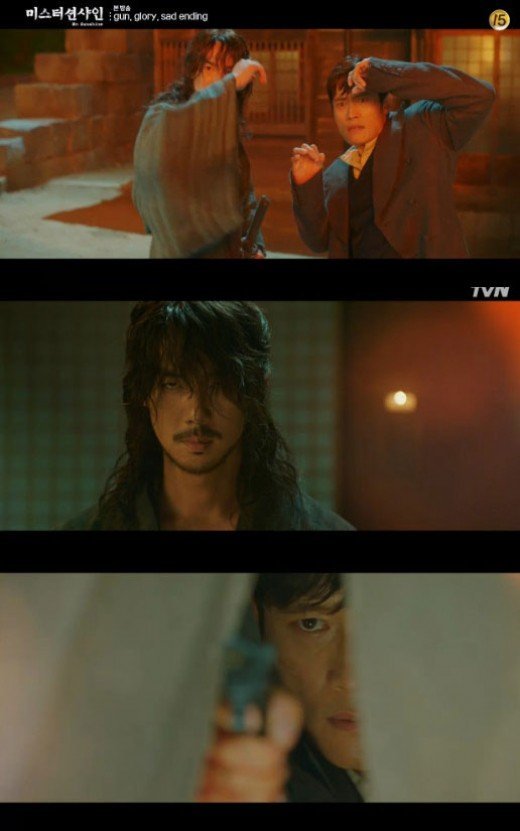 "Mr. Sunshine: Gun, Glory, Sad Ending" was broadcast on the 22nd; it is a director's version of the episodes 1 to 22 of highlights and behind-the-scenes.

A preview was shown at the end of the broadcast. Go Ae-sin and Kudo Hina triggered a bomb at the inn the Japanese soldiers were staying at. They ran away from the explosion, but not far enough.

Eugene (Lee Byung-hun) and Dong-mae (Yoo Yeon-seok) came back for the first time in three years and saw them and worried about their safety.

To make things worse, the Japanese gained power over the Koreans and Yoo-jin pointed his gun with a death glare at someone.