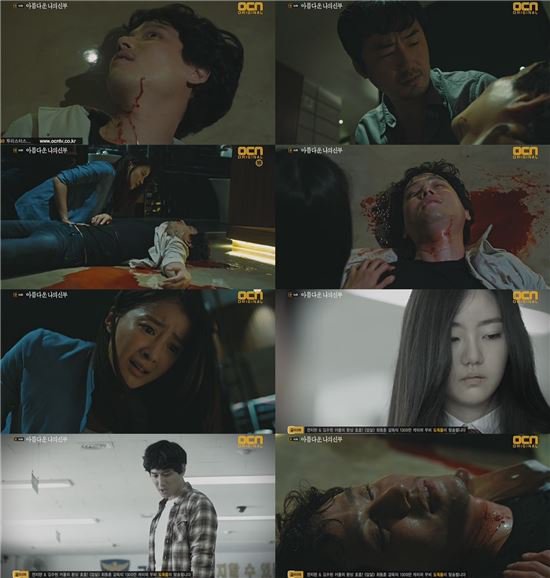 However, Park Hyeong-sik had to fight the bodyguards that were protecting Seo Jin-go. Park Hyeong-sik dropped the gun from his hand and fell unconscious when he was hit by the head.

Seo Jin-gi held Park Hyeong-sik in his arms and asked, "Why do you keep fighting me?" and stabbed him in the stomach.

Cha Yoon-mi came by to arrest Seo Jin-gi but only found Park Hyeong-sik dying. He said his last words to her. "I remember now. Why do I only remember you now? Next time, don't cover your face with your hair. You are so pretty".

"[Spoiler] "My Beautiful Bride" Park Hae-joon confesses to Lee Si-young"
by HanCinema is licensed under a Creative Commons Attribution-Share Alike 3.0 Unported License.
Based on a work from this source