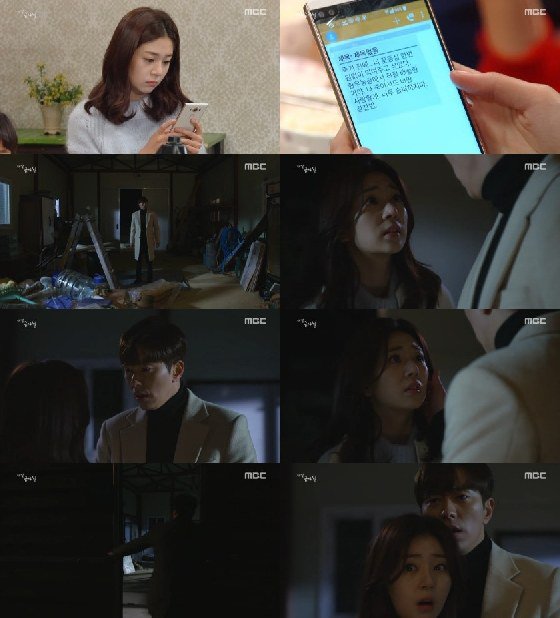 Baek Jin-hee and Yoon Hyun-min, who had to break up because of Son Chang-min, got trapped one day and reunited.

Geum Sa-wol (Baek Jin-hee) was roasting meat one day when she got a text from Kang Chan-bin (Yoon Hyun-min).

He said he would love her and only her no matter what. Geum Sa-wol headed to the farm that was mentioned in the text. Kang Chan-bin also headed there.

They reunited asking about each others' well being. However, this was a trap by Kang Man-hoo (Son Chang-min) who was trying to get them back together. After watching them from afar, Kang Man-hoo locked the doors and the two of them were trapped.

Chan-bin and Sa-wol resolved their misunderstandings and exchanged feelings for one another once more. Chan-bin now understood that Sa-wol had to deal with the pain of losing her best friend Oh-wol (Song Ha-yoon).

"[Spoiler] "My Daughter, Geum Sa-wol" Son Chang-min gets Baek Jin-hee and Yoon Hyun-min trapped in love"
by HanCinema is licensed under a Creative Commons Attribution-Share Alike 3.0 Unported License.
Based on a work from this source