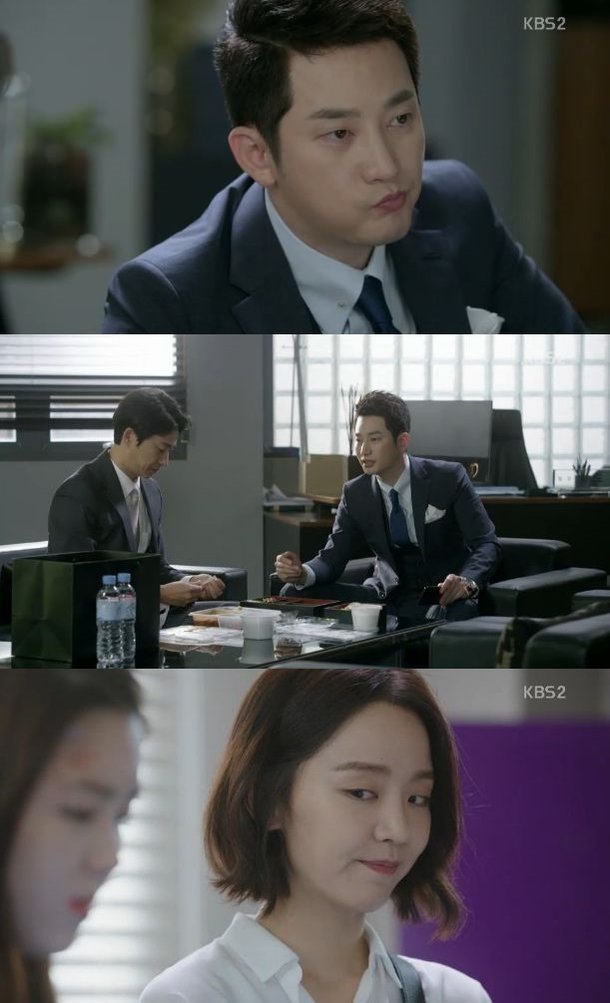 On the latest episode of the KBS 2TV drama "My Golden Life", Choi Do-kyeong (Park Si-hoo) continued to contact Seo Ji-an (Shin Hye-sun) because of the car accident.

Seo Ji-an still owed Choi Do-kyeong 5 million won (~US $4417). He didn't want the money, but was frustrated that he couldn't contact her. It turns out she was unable answer his calls.

Choi Do-kyeong was willing to take things to the next level and continued to call her. Seo Ji-an was working at the department store so she texted him, "Why do you keep calling? I asked you for your account number". Choi Do-kyeong replied, "I can't give anyone that kind of private information. Let's meet and talk". Ji-an said, "I will sue you for stalking".

Seo Ji-an just found out that the chairman and his wife could be her parents and that Choi Do-kyeong was their only son.

"[Spoiler] "My Golden Life" Park Si-hoo and Shin Hye-sun bicker"
by HanCinema is licensed under a Creative Commons Attribution-Share Alike 3.0 Unported License.
Based on a work from this source