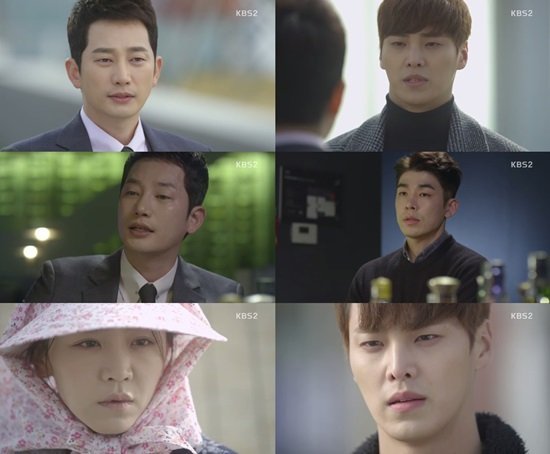 Choi Do-kyeong handed him a business card. Seon Woo-hyeo admitted, "I don't know. I'm sorry. She'll call soon. Choi Do-kyeong asked him not to tell and her and to tell him that she called.

Choi Do-kyeong drank with Kim Gi-jae (Kim Sa-kwon). He got drunk and said, "This feeling isn't what it is. I didn't keep my promise and Ji-an ran away because she's scared. I didn't help her. I should have, but I didn't. I'm so worried".

Seon Woo-hyeok coincidentally discovered where Seo Ji-an was. Previously, Seo Ji-an had passed out after taking some pills. She was alive and she was working in an ocean village.

"[Spoiler] "My Golden Life" Shin Hye-sun chooses Lee Tae-hwan and not Park Si-hoo"
by HanCinema is licensed under a Creative Commons Attribution-Share Alike 3.0 Unported License.
Based on a work from this source