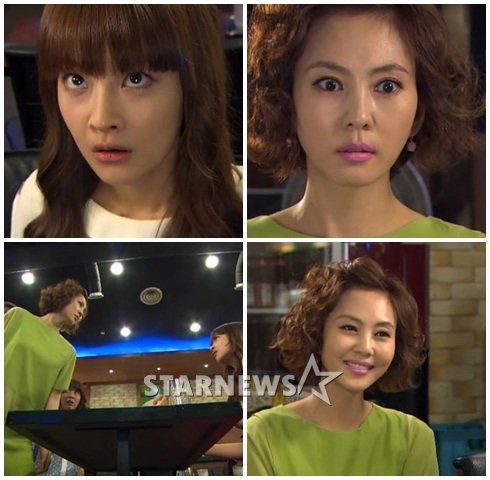 KBS 2TV drama "My Husband Got a Family" showed sisters-in-law Kim Nam-joo and Oh Yeon-seo exploding at each other.

On the episode of the drama on the 3rd, Cha Yoon-hee (Kim Nam-joo) declared a head-to-head with Bang mal-sook (Oh Yeon-seo) who she could not stand anymore. Bang Mal-sook had been mean to her sister-in-law, ordering her around and making her do her chores.

Cha Yoon-hee provoked Bang Mal-sook and said, "Don't you mess with me". Oh Yeon-seo was infuriated and tried to instigate her family to rage with her but failed.

Cha Yoon-hee told her, "I don't accept if it's not the truth. You can talk down like me if you want. Let's start over" while Bang Mal-sook was still flaring.

The viewers were interested in the heated argument between the two. Some said, "I support Kim Nam-joo showing her sister-in-law who's boss", "I would be so angry if I was her sister-in-law" and more.

"[Spoiler] "My Husband Got a Family" Kim Nam-joo VS Oh Yeon-seo"
by HanCinema is licensed under a Creative Commons Attribution-Share Alike 3.0 Unported License.
Based on a work from this source