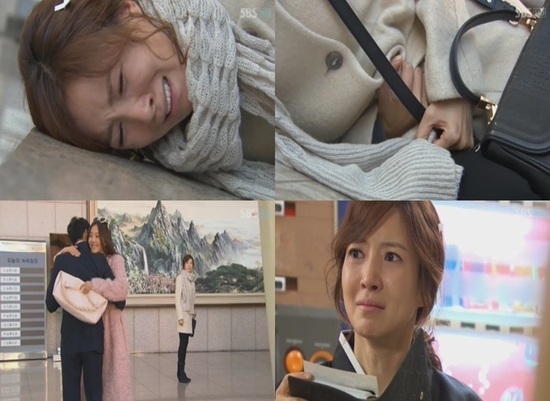 Seol-ah (Yoon Se-ah) had once lost a child between Woo-jae (Park Yong-woo) and her. When her brother Sang-hyeon committed suicide in the past because Na-bi (Yum Jung-ah) broke up with him, she visited Na-bi to demand the truth. Na-bi ignored her and walked by with another man, causing shock to Seol-ah and her baby ending up in miscarriage.

She told her ex-husband Woo-jae, "I can't stand that woman Nam Na-bi. She was everything to my brother". According to her, her brother had called her for the last time and said, "I can't live without her. I'm sorry. Forgive me". The place he died was close to where Na-bi was filming.

Seol-ah found out that Woo-jae had some feelings for Na-bi and said, "Our baby died because of her and you're being her footman".

Previously, Seol-ah caused Na-bi to fall and brought pressure to the womb. She was taken to the hospital by Woo-jae but lost the child. She had been replacing the love for her husband Roy Kim (Kim Sung-soo) with her baby but fell into extreme sadness at the news.

"[Spoiler] "My Love, Butterfly Lady" Yum Jung-ah and Yoon Se-ah's miscarriage"
by HanCinema is licensed under a Creative Commons Attribution-Share Alike 3.0 Unported License.
Based on a work from this source