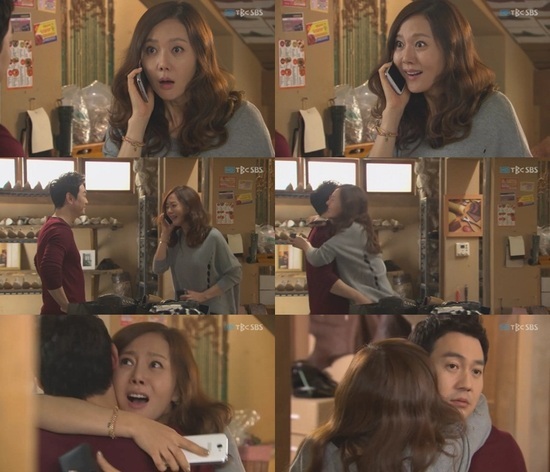 Actress Yum Jung-ah is about to come back to the celebrity world.

She asked a friend and producer for a role in a drama. However, the friend refused to as her ill-reputation was going to cast a bad influence on the drama.

However, in the end, the director called her and said that she got a role. She was so happy and shared her joy with Woo-jae (Park Yong-woo).

However, previously it was seen that Yoon Seol-ah (Yoon Se-ah) who is trying to break Nam Na-bi, was capable of making plans when she heard that Nam Na-bi wanted to be in that drama. It doesn't seem like it is going to be an easy ride for Nam.

"[Spoiler] "My Love, Butterfly Lady" Yum Jung-ah returns with a drama"
by HanCinema is licensed under a Creative Commons Attribution-Share Alike 3.0 Unported License.
Based on a work from this source