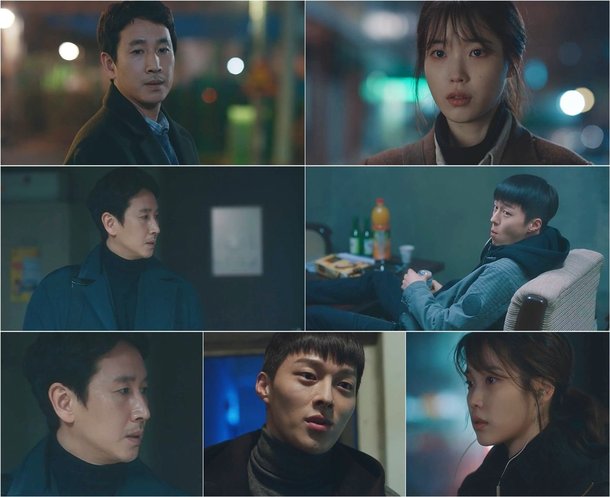 The latest episode of the tvN drama "My Mister" rated a household average of 4.8% and 6.0% with a maximum of 6%. Target ratings also turned out to be 2.6% and 3.1%, which makes it the leading cable drama so far.

Dong-hoon (Lee Sun-kyun) was a nominee for director of Saman E&C. Unlike Dong-hoon who didn't seem to be interested in a promotion, Do Joon-young (Kim Young-min) and the people around him wanted him to be director.

Jong-soo (Hongn I) the loan shark called Dong-hoon. He asked if Dong-hoon lost a gift certificate about a month ago and mentioned Ji-an who came to him with an envelope of money. He said, "Watch out for her, she's got idle hands and has many problems".

Dong-hoon felt slightly betrayed after learning that she got rid of the envelope not for him, but because it was stolen. He went to see Choon-dae (Lee Young-suk) who worked as a janitor. What he heard was shocking; when Ji-an was young, she had been left behind with her mother's debts and took care of her grandmother. She was harassed by Gwang-il's (Jang Ki-yong) father to work till her bones broke and now she was being harassed by Gwang-il.

In the end, he went to see Gwang-il and said he'd settle Ji-an's debts. Gwang-il sneered at him for trying to be cool, but Dong-hoon yelled at him for beating Ji-an up. In the end, Gwang-il told Dong-hoon that she killed his father but Dong-hoon said, "I would have killed him too if he was bullying my family". Lee Ji-an was listening to all this and she broke down crying after hearing what he said.

"[Spoiler] "My Mister" Lee Sun-kyun Understands IU's Murder"
by HanCinema is licensed under a Creative Commons Attribution-Share Alike 3.0 Unported License.
Based on a work from this source