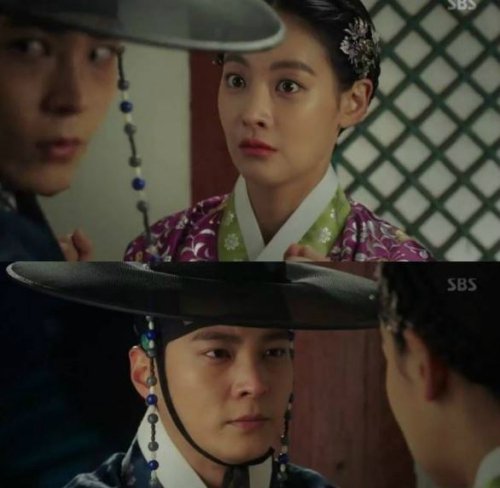 Hwi Jong asked Gyeon Woo and Hye Myeong where they'd been but Gyeon Woo kept her secret and was fired.

Hye Myeong told him, "Don't mind my business. You're of no help and you're just in my way. It has nothing to do with you so don't pretend you're thinking about me".

Previously Jeong Ki-joon (Jung Woong-in) pressured Hye Myeong more and yelled for her to step off her throne. Hwi Jong was told by Ja Hye (Yoon So-jung) that Hye Myeong was going to be Jeong Ki-joon's target and decided to get her and the son of Emperor Chung married.

However, Hye Myeong showed her father the jade ring and told him she wanted to find her mother who was seen 3 years ago by her servant.

Hye Myeong said, "I couldn't say anything. You made it so that I couldn't miss or say I missed her. I can't do anything and I won't do anything". She refused to the arranged marriage.

Meanwhile, Hye Myeong was caught by Gyeon Woo wandering outside a uilding and they risked their lives to look for something.