[Spoiler] "Neighborhood Hero" Park Si-hoo in a trap, will he succeed in revenge? 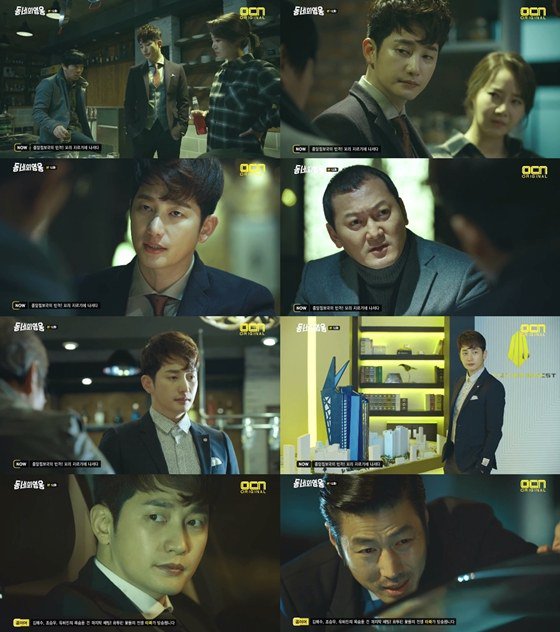 Actor Park Si-hoo is in a trap.

He is currently playing the part of an ex-secret agent named Baek Si-yoon.

Baek Si-yoon tried to get his revenge on the twelfth episode but fell into a trap.

Si-yoon (Park Si-hoo) has analytical skills and insight like the former agent that he was. To capture Hwang's (Song Jae-ho) murderer JJ and evil Yoon Sang-min (Yoon Tae-young), he teamed up with Lee Soo (Kang Kyung-hun) and Min to come up with a plan. To deal with Jeong Soo-hyeok (Jung Man-sik) and Park Seon-hoo (Ahn Suk-hwan) who were in his way, Baek Si-yoon said, "If we provoke them well enough Jeong Soo-hyeok might order the killer to move".

Si-yoon asked for the truth from Jeong Soo-hyeok and said, "I need to hear it from you personally. There are powerful Koreans behind it and I had to cover up the Macao incident to protect them. So I ordered the hit. Who is behind all this that is hurting innocent people? How powerful are they?"

"[Spoiler] "Neighborhood Hero" Park Si-hoo in a trap, will he succeed in revenge?"
by HanCinema is licensed under a Creative Commons Attribution-Share Alike 3.0 Unported License.
Based on a work from this source