[Spoiler] "Neighborhood Hero" Park Si-hoo, is there another like him? 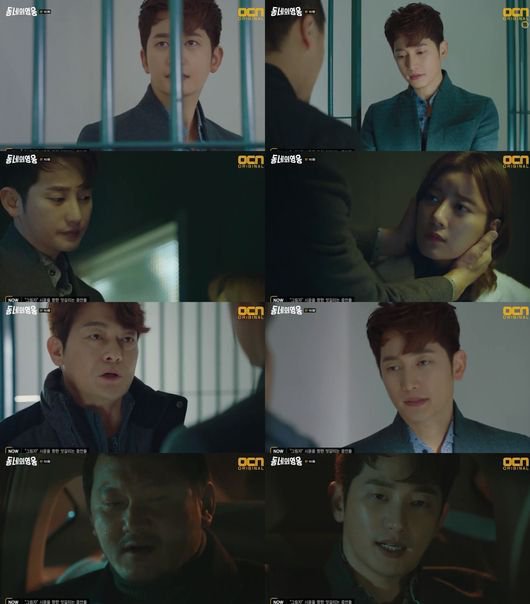 Park Si-hoo is back with a complicated story behind him. Feeling guilty for a friend's death in the past, Park Si-hoo lives quietly as a neighborhood hero. In the meanwhile, he is tracking down the truth about the death of his friend.

OCN weekend drama "Neighborhood Hero" is the story of a former national agent who wants to find out the truth behind his friend's death, teaming up with a poor job applicant and a corrupted police to secretly fight crime in their neighborhood.

Si-yoon (Park Si-hoo) quits the National Intelligence Agency and runs a bar. Sang-min (Yoon Tae-young) wants to demolish the neighborhood and build a mall related to Hallyu. So he orders gangsters to terrorize the neighborhood.

Si-yoon turns into a shadow and attacks those gangsters. However, he is caught and arrested. Sang-min's men tell them Si-yoon attacked them with a knife first but Chan-gyu (Lee Soo-hyuk) who saw everything, sides with Si-yoon.

In the end, Chan-kyu threatens the police to release Si-yoon. Si-yoon then lures Chan-kyu and tells him that everyone's death was linked to each other. Si-yoon told Tae-ho (Jo Sung-ha) and Chan-kyu about his plan.

"[Spoiler] "Neighborhood Hero" Park Si-hoo, is there another like him?"
by HanCinema is licensed under a Creative Commons Attribution-Share Alike 3.0 Unported License.
Based on a work from this source