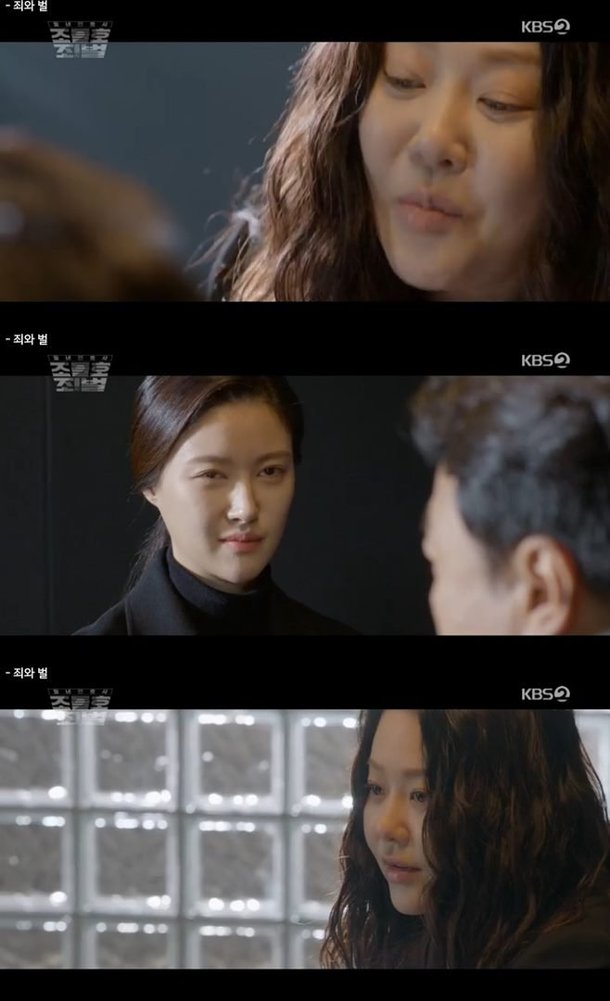 Lee Ja-kyeong appeared during the investigation and said, "I am here as Han-min's legal representation".

Ja-kyeong defended Han-min with an alibi, but prosecutor Kang said, "I have a stronger feeling that you're the suspect now. You're from Daesan Welfare. Investigator Yoon Jung-gun took you there and Yoon Jeong-geon, Kim Se-hoon and Ahn Jong-geun are all from there. The puzzles fit".

Lee Ja-kyeong said, "Dasaen was not hell for me. Incheon Station was hell. From Daesan Welfare I was adopted to Gookil Group, so doesn't that make my life better?"

Lee Ja-kyeong continued, "Do you have any idea how terrible it is going from one home to another as an orphan? If I killed the director because he took me to the orphanage, I would have to kill everyone that's involved am I wrong?"

"[Spoiler] "Neighborhood Lawyer Jo Deul-ho 2: Crime and Punishment" Go Hyun-jung Denies Murder"
by HanCinema is licensed under a Creative Commons Attribution-Share Alike 3.0 Unported License.
Based on a work from this source