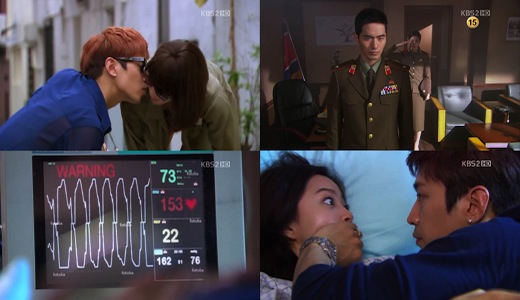 According to AGB Nielsen Media Research on the 12th, "Spy MyeongWol" on the 11th rated 9.6%. This is 6.6% lower than the last episode of "Babyfaced Beauty".

In the drama "Spy MyeongWol" on this day, North Korean beauty spy Myeong-wol (Han Ye-seul) met with Hallyu star Kang Woo (Eric Mun). At the request of high class family children, Myeong-wol struggled to get Kang Woo's autograph. She also saved him with all her might as he was faced with the risk of getting hurt in an explosion on a drama set.

Kang Woo found the hospital to check up on Myeong-wol but hid in her bed to hide from the reporters. Her heart beat rose.

"[Spoiler] New drama "Spy MyeongWol" starts off with a one-digit rating"
by HanCinema is licensed under a Creative Commons Attribution-Share Alike 3.0 Unported License.
Based on a work from this source