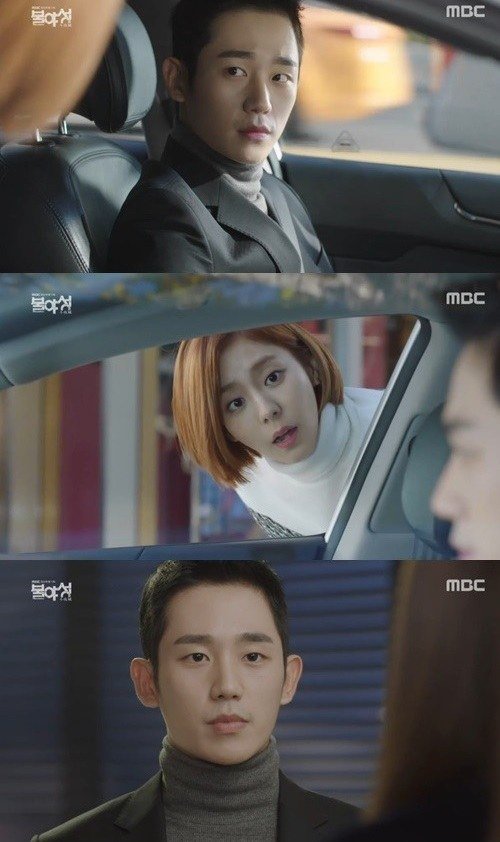 On the 8th episode of "Night Light" on the 13th, Tak (Jung Hae-in) was jealous of Park Gun-woo (Jin Goo) and Lee Se-jin (UEE) so he tailed them.

Lee Se-jin deliberately wore lightly so that she could ask Park Gun-woo for a ride. They talked about Seo Yi-kyeong (Lee Yo-won).

However, Tak didn't like it. He got a hold of Se-jin who got out of Park Gun-woo's car and asked her if they were dating or if she was trying to get his attention.

Lee Se-jin explained that she was doing it for Seo Yi-kyeong. Tak was still jealous and said, "That's not right".

"[Spoiler] "Night Light" Jung Hae-in tails UEE"
by HanCinema is licensed under a Creative Commons Attribution-Share Alike 3.0 Unported License.
Based on a work from this source