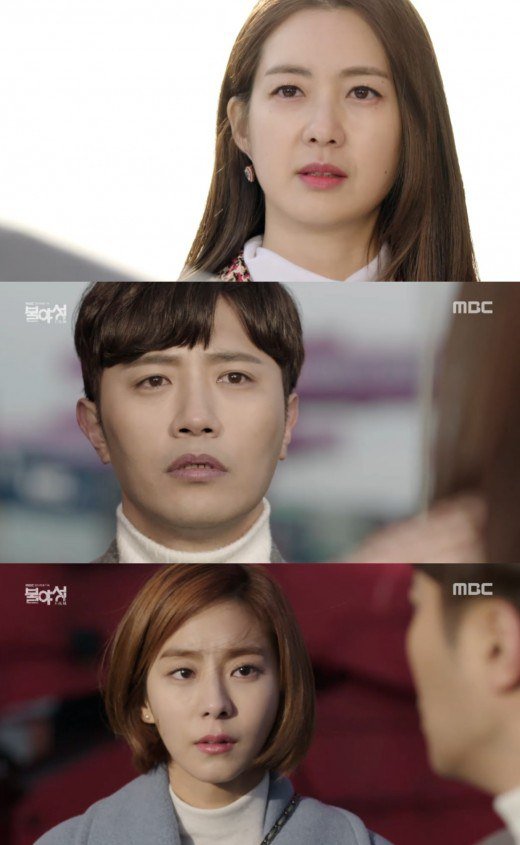 The two had met in Japan 12 years ago. They were close but now they were enemies.

Se-jin (UEE) was promoted. She did the tasks Lee Kyeong gave her. She claimed she wanted to be her mirror.

Se-jin asked what Lee Kyeong had to do with Moojin Group, that she had to know and to use her.

Lee Kyeong told Se-jin to calm down and just do her job but she seemed tempted.

Lee Kyeong told Se-jin, "I am here thanks to Gun-wook. He is the first person to ask me what I wanted".

Then something happened. Lee Kyeong, Se-jin and Gun-wook met together. Lee Kyeong had left Gun-wook to let him go.

"[Spoiler] "Night Light" Lee Yo-won leaves for Jin Goo, reunites"
by HanCinema is licensed under a Creative Commons Attribution-Share Alike 3.0 Unported License.
Based on a work from this source