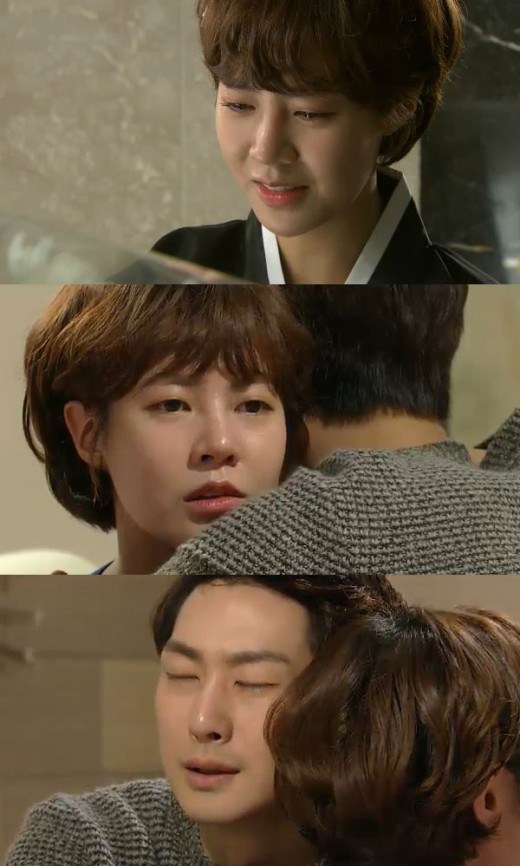 Soo-hyeok (Shim Ji-ho) made a confession in front of his mother-in-law Kyeog-hee's (Song Chae-hwan) who died because of his mother Nan-cho (Hwang Shin-hye).

Soo-hyeok witnessed his mother trying to kill Kyeong-hee by taking off her oxygen mask and eventually, Kyeong-hee passed away. He then found out that his father Moon-do (Jun Kwang-ryul) had killed Yoo-jeong's father and sister as well. However, Soo-hyeok decided to overlook it.

Soo-hyeok revealed his determination in front of his mother-in-law's grave to his wife who was oblivious about the situation. He thought to himself which he would pay back his parents' debt along the way and that he would protect Yoo-jeong.

Yoo-jeong didn't know any of this and started depending more on him after her mother's death. She said, "You're all I've got now. I have no one else in the world".

"I am going to trust only in you. I told my mother I was going to live a good life and that's what I'll do". Soo-hyeok hugged her and said, "Let's do that".

However, Yoo-jeong found out about the will that made her parents die at the end of the episode.

"[Spoiler] "Passionate Love" Shim Ji-ho decides to look over Jun Kwang-ryul and Hwang Shin-hye's evil deeds"
by HanCinema is licensed under a Creative Commons Attribution-Share Alike 3.0 Unported License.
Based on a work from this source