[Spoiler] 'Pied Piper' Shin Ha-kyun vs Yu Jun-sang, the war of nerves is not over yet 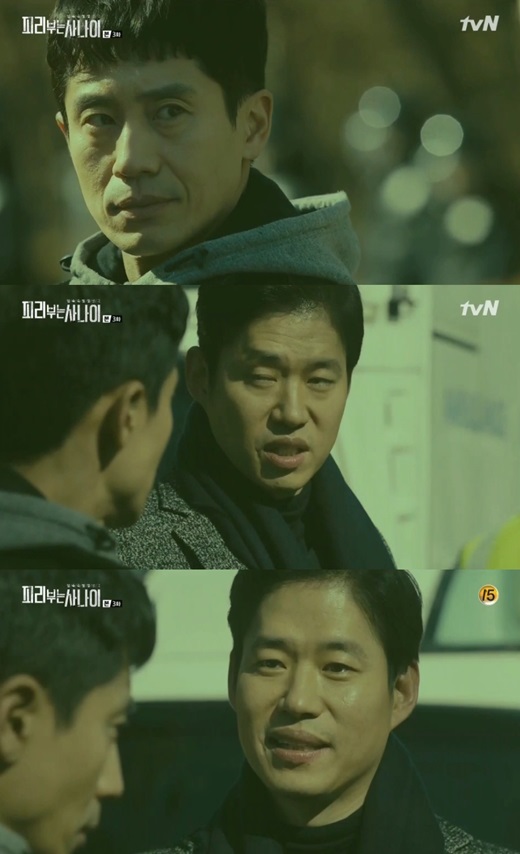 Joo Seong-chan pressed Yoon Hui-seong, who had become a main anchor now, asking him the question, "Is it the reward you received for not reporting the truth one year ago?".

Yoon Hui-seong controverted, "To be able to tell the truth, you need power. I'm trying to gain the power". Joo Seong-chan criticized, "The power you mean, isn't it for yourselfe?"

And then Yoon Hui-seong showed the pamphlet against the casino construction he had found in the terrorist's vehicle and said he would make provocative news out of it.

Joo Seong-chan ended up confessing "The pamphlets don't belong to hime". It was Joo Seong-chan who had put the pamphlets in the terrorist's vehicle after he had made a secret deal with Seo Geon-il (Jun Gook-hwan).

Yoon Hui-seong scoffed, "Did you put it yourself? You must have made a secret deal with CEO Seo of K Group. A negotiator of law enforcement fabricates a case. Interesting"

"[Spoiler] 'Pied Piper' Shin Ha-kyun vs Yu Jun-sang, the war of nerves is not over yet"
by HanCinema is licensed under a Creative Commons Attribution-Share Alike 3.0 Unported License.
Based on a work from this source