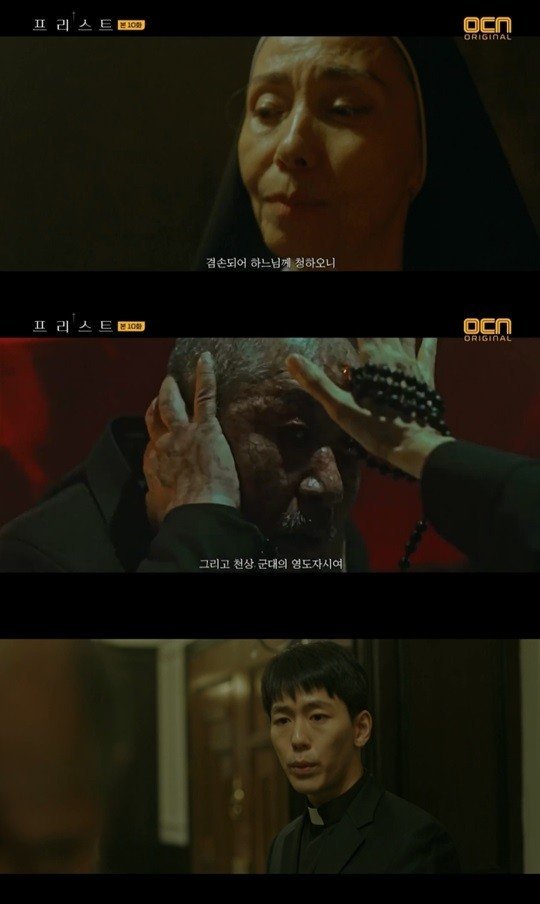 Kwak Ki-yeong suddenly collapsed, but he came around quickly. He sent the priests that were looking after him away with assurances that he was fine.

While he was on the phone, he suddenly felt unreal pain. At the same time, someone was scratching the cross with Kwak Ki-yeong's soul in it with a knife.

Kwak Ki-yeong went out to the hall with his ring of keys. A passing priest asked if he was alright, but he bypassed him.

The passing priest called someone and said that Kwak Ki-yeong seemed strange.

Sister Lee Hae-min and other sisters went to check on him and started repeating prayers.

"[Spoiler] "Priest" Lee Yeong-seok Becomes Possessed by Trickery"
by HanCinema is licensed under a Creative Commons Attribution-Share Alike 3.0 Unported License.
Based on a work from this source