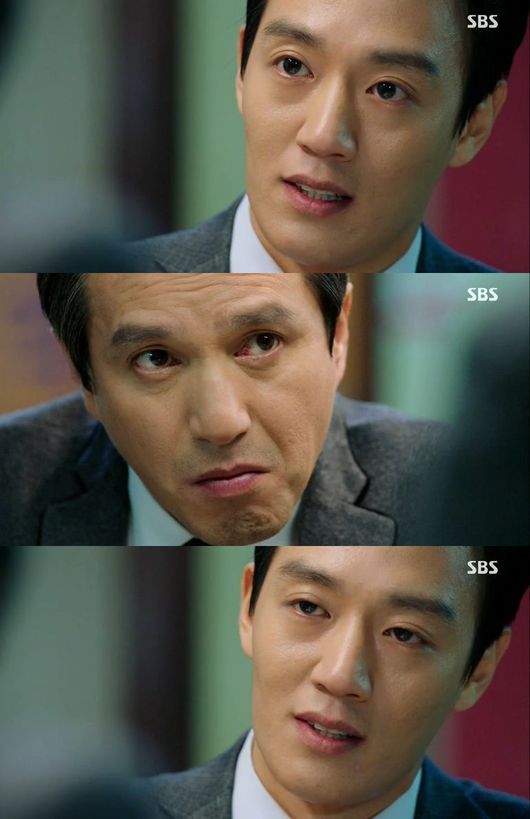 Kim Rae-won suggested Cho Jae-hyun that they should work together in order to catch Choi Myung-gil.

Jeong-hwan told him, "You will fall down any ways. We have no time to waste. Let's get Yoon Ji-sook together" and "Toss the chip, the one with Yoon Ji-sook's draft dodging scandal onto the table".

Jeong-hwan continued, "Your life is messed up because of her just like how she messed up mine. Let's do this". At this, Tae-joon smiled bitterly.

' Punch - Drama' is a drama depicting the last 6 month of a prosecutor's life, who was living only to pursue the top and now faces his destiny after he was diagnosed with terminal illness.