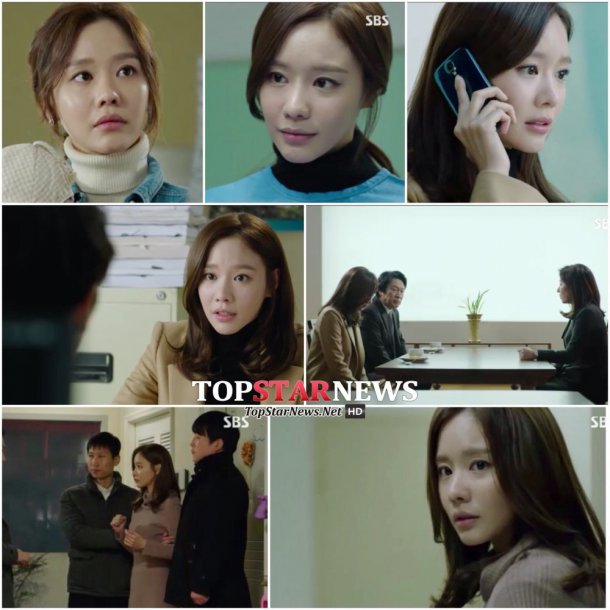 Kim Ah-joong has been showing a great performance since she took on the role as Sin Ha-kyeong, who shines with her just and humane aspects in SBS drama, 'Punch – Drama'. Kim Ah-joong looked outstanding keeping her stance consistent with love and justice in the 3rd episode.

The episode showed the previous sweet, romantic relationship between Sin Ha-kyeong and Park Jeong-hwan (Kim Rae-won). In the scene, Sin Ha-kyeong proposed Park Jeong-hwan first, appealing with her confident image as a woman. Her impressive idea that one can be happy only with love and belief without money and fame touched viewers' hearts.

But the two started walking two different paths because they had different values. Sin Ha-kyeong chose justice and Park Jeong-hwan chased after fame and success. Sin Ha-kyeong who was against Jeong-hwan's sense of value but was still in love with him wished he would recover well from the surgery. She also went ahead to persuade Ho-seong (On Joo-wan) into investigating Lee Tae-joon (Cho Jae-hyun)'s corruption so Jeong-hwan could make a clean fresh start after coming back to work.

Kim Ah-joong successfully realized Sin Ha-kyeong's character, who was a sharp and professional prosecutor but still reserving her humane aspect. In the scene when a researcher died because of Lee Tae-seop, she made a judgment call quickly in the fast moving situation and reported to Yoon Ji-sook (Choi Myung-gil) without being swayed while maintaining her humane aspect showing sympathy towards the researcher.

She received good support from viewers thanks to her sincere acting through her trustful voice and expression of her eyes.

"[Spoiler] 'Punch - Drama' Kim Ah-joong consistent in front of love and justice"
by HanCinema is licensed under a Creative Commons Attribution-Share Alike 3.0 Unported License.
Based on a work from this source