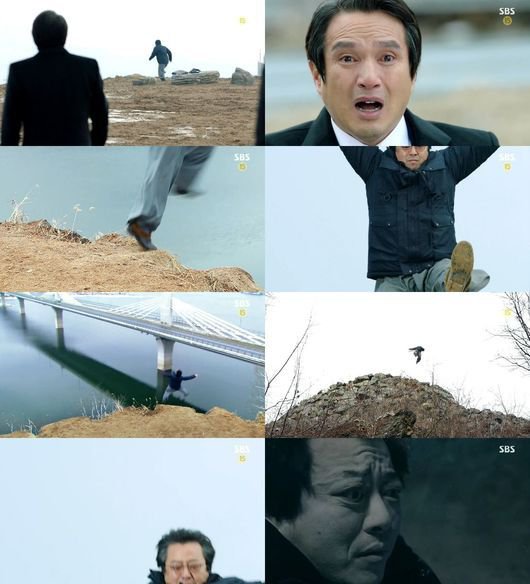 When Lee Tae-seop was at risk to be caught by police, his younger brother, Lee Tae-joon called in Park Jeong-hwan (Kim Rae-won) and ordered him to save Tae-seop. By his threat, Jeong-hwan could not help it but saving Tae-seop.

Although Tae-joon promised Tae-seop a ship he could flee in but Tae-seop killed himself because he did not want to be a burden for his younger brother.

"[Spoiler] 'Punch - Drama' Lee Ki-young killed himself for Cho Jae-hyun "
by HanCinema is licensed under a Creative Commons Attribution-Share Alike 3.0 Unported License.
Based on a work from this source