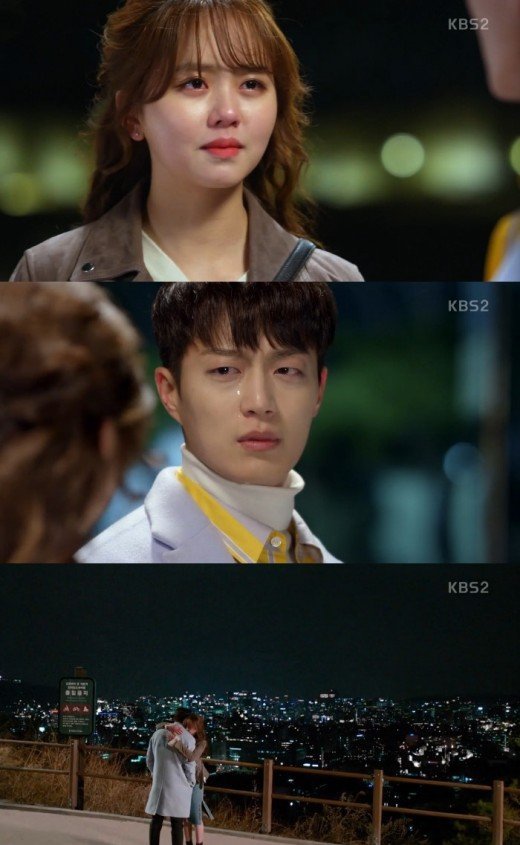 Ji Soo-ho found out how Lee Kang (Yoon Park) felt about Song Geu-rim. After that, he mumbled jealously because he took better care of her. Jason (Kwak Dong-yeon) realized why Ji Soo-ho became different. He smiled smugly and said, "The real conversation has begun and he's started to like someone".

Song Geu-rim had to grant Ji Soo-ho two wishes because he helped solve a problem on air.

Prior to the radio broadcast, Ji Soo-ho didn't feel well, but he continued the show anyway. He even cried listening to a touching story. He got more emotional when it was time to tell his story. The radio show almost turned out to be a disaster, but Song Geu-rim managed to keep it under control.

Later, Ji Soo-ho got very drunk at the work dinner. He kept losing games and drank even more. He told Song Geu-rim, "Don't make drinks for anyone else. I feel good when I see you". Song Geu-rim said, "You speak better without your microphone".

Ji Soo-ho found out Song Geu-rim and Lee Kang were living together and started looking for a house. The owner of the building was Lee Kang. He then went to see Song Geu-rim's mother at the hospital and so did Lee Kang. They bickered.

Using his wish, Ji Soo-ho went on a date with Song Geu-rim. He told her about his family and she told him what she thought about him. Then, she embraced him.

"[Spoiler] "Radio Romance" Yoon Doo-joon and Kim So-hyun Comfort Each Other"
by HanCinema is licensed under a Creative Commons Attribution-Share Alike 3.0 Unported License.
Based on a work from this source