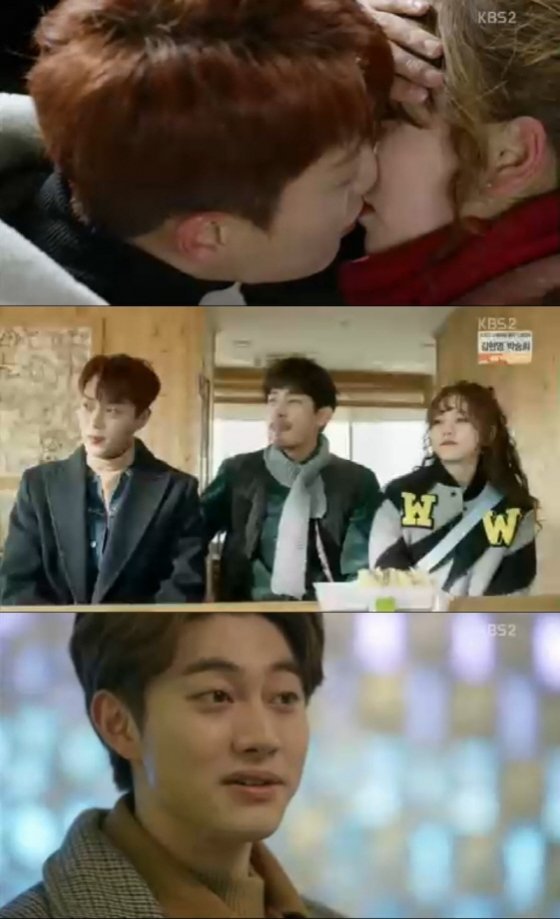 "Radio Romance" Yoon Doo-joon and Kim So-hyun kissed. However, not all is well.

Soo-ho has been a puppet all of his career and he insisted the radio show be recorded rather than live. Director Lee Kang (Yoon Park) wanted to trick him and pretended the radio was a recording when it was actually live.

Not knowing this, Ji Soo-ho was surprised when a listener called to complain and said, "Let's do this again" during a live show. It was one of the worst radio accidents that could happen, but Lee Kang saw this as an opportunity.

His agency wanted Ji Soo-ho off the radio, but he told Song Geu-rim he wanted to learn more about radio. They got closer. Then he said, "I want know more, about you".

On their way back to Seoul, Ji Soo-ho and Song Geu-rim were caught in traffic and were about to be late. Lee Kang planned to turn the crisis around by making up a new radio show. Song Geu-rim and Lee Soo-ho made it to the rundown school on time.

The two of them successfully managed the show. It was snowing. Ji Soo-ho kissed Song Geu-rim and asked her if she really didn't remember.

"[Spoiler] "Radio Romance" Yoon Doo-joon and Kim So-hyun Kiss "
by HanCinema is licensed under a Creative Commons Attribution-Share Alike 3.0 Unported License.
Based on a work from this source