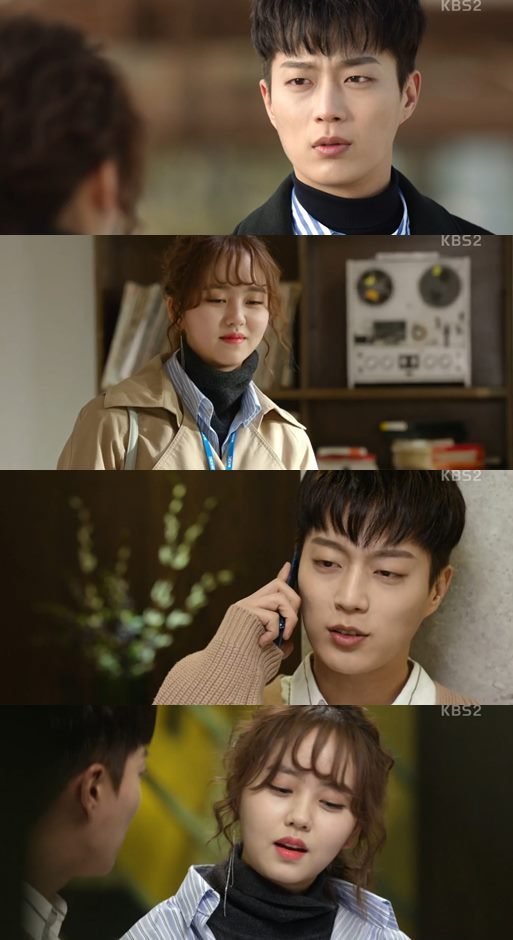 Ji Soo-ho recalled his encounter with Song Geu-rim and kissed her. Afterwards, she was cold towards him and drew a line between them.

Ji Soo-ho was anxious about her behavior and even got a cell phone to be able to keep in touch with her. He asked her for some time to talk about the radio show. He called her to his house.

Geu-rim only had thoughts for her mother and the radio and to her, Ji Soo-ho was just someone she worked with.

However, to Ji Soo-ho, Geu-rim had always been a special person who comforted him when he was young and to him, she was a woman.

"[Spoiler] "Radio Romance" Yoon Doo-joon Shows his Affection for Kim So-hyun"
by HanCinema is licensed under a Creative Commons Attribution-Share Alike 3.0 Unported License.
Based on a work from this source