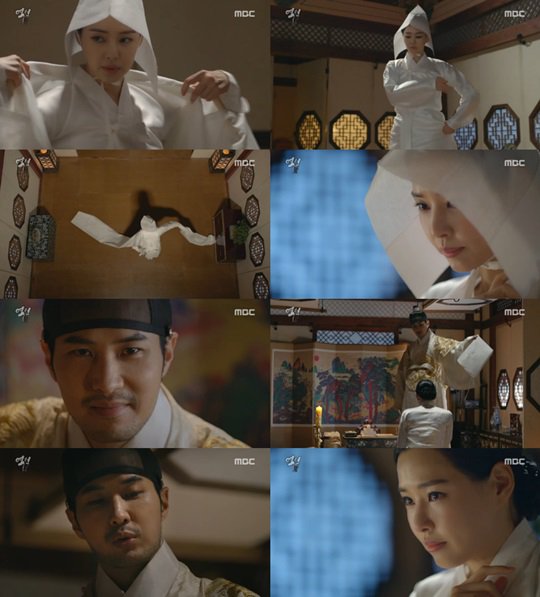 Lee Hanee got Kim Ji-suk's attention with her traditional Buddhist dance and changed her name to Nok-soo which Yoon Kyun-sang mentioned.

On the latest episode of the MBC drama "Rebel: Thief Who Stole the People", Gong-hwa (Lee Hanee) danced in front of Yeon San-gun (Kim Ji-suk).

Yeon San-gun put his body all out in front to watch her dance and concentrated really hard. He smiled when the dance was over and went over to her himself and took off her hat.

He then asked her name and she answered, "My name is Nok-soo. I have a new name now. It means to follow the river".

Yeon San-gun told her he had a good time.

Nok-soo was a name Gil-dong (Yoon Kyun-sang) had mentioned. He had explained to her that the name meant to follow down the river and that life could be happy and sad at the same time".