[Spoiler] "Rebel: Thief Who Stole the People" Yoon Kyun-sang shows Kim Jung-tae his back and smiles 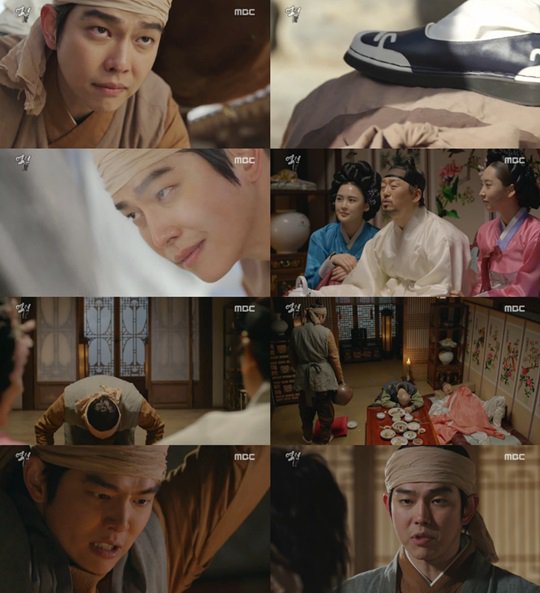 On the latest episode of the MBC drama "Rebel: Thief Who Stole the People", Gil-dong (Yoon Kyun-sang) approached Choong Won-goon (Kim Jung-tae) as a carrier.

Choong Won-goon kept his eye on the new carrier as he was new. Gil-dong overreacted a little and tried to get him to loosen his guard. He even got Won-goon to step on him as he got onto his horse.

Choong Won-goon saw Gil-dong drinking and called him, 'footstool'. He humiliated Gil-dong but Gil-dong said, "I will be your footstool then".

Choong Won-goon poured him a drink and when he drank it all, he said, "You are a good drinker for a footstool".

Choong Won-goon seemed to have put down his guard and passed out drunk. Gil-dong tried to kill him by bringing down a big pot of alcohol on him.

However, he recalled what Amoge (Kim Sang-joong) said and stopped. Amoge had said, "Do you think I apologized to the lord for nothing? I killed him myself. Look at me. If you put blood on your hands once, you can never go back. There is no end to fighting".

Gil-dong mumbled to himself, "I have to see Choong Won-goon being embarrassed by everyone in broad daylight".

Gil-dong's friend then said to him, "Don't kill him. Let him live and make sure he regrets being alive".

"[Spoiler] "Rebel: Thief Who Stole the People" Yoon Kyun-sang shows Kim Jung-tae his back and smiles "
by HanCinema is licensed under a Creative Commons Attribution-Share Alike 3.0 Unported License.
Based on a work from this source